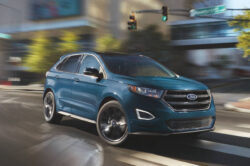 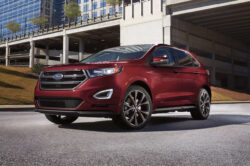 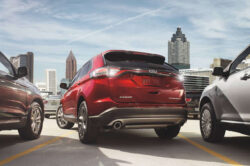 Ford recently revealed the details about the revised 2018 Edge and so far it looks like the only model to receive attention was the mid-range SEL. This means the 2018 Ford Edge Titanium remained unchanged which is not really a problem considering how much kit it has to offer. The price for the car is still around $36,500 which is one of the better deals on the market. For this price it comes with pretty much everything which is quite impressive. Unfortunately the Titanium remains one of the least powerful models at this price point which is a shame. Luckily Ford is offering more than enough features so it remains a steal.

Despite being the range-topping model for the Edge, the Titanium is not the most expensive. This is mostly because the trim level doesn’t offer Ford’s most powerful engine. This particular trim level is actually intended for those looking to get the maximum amount of comfort from their car. 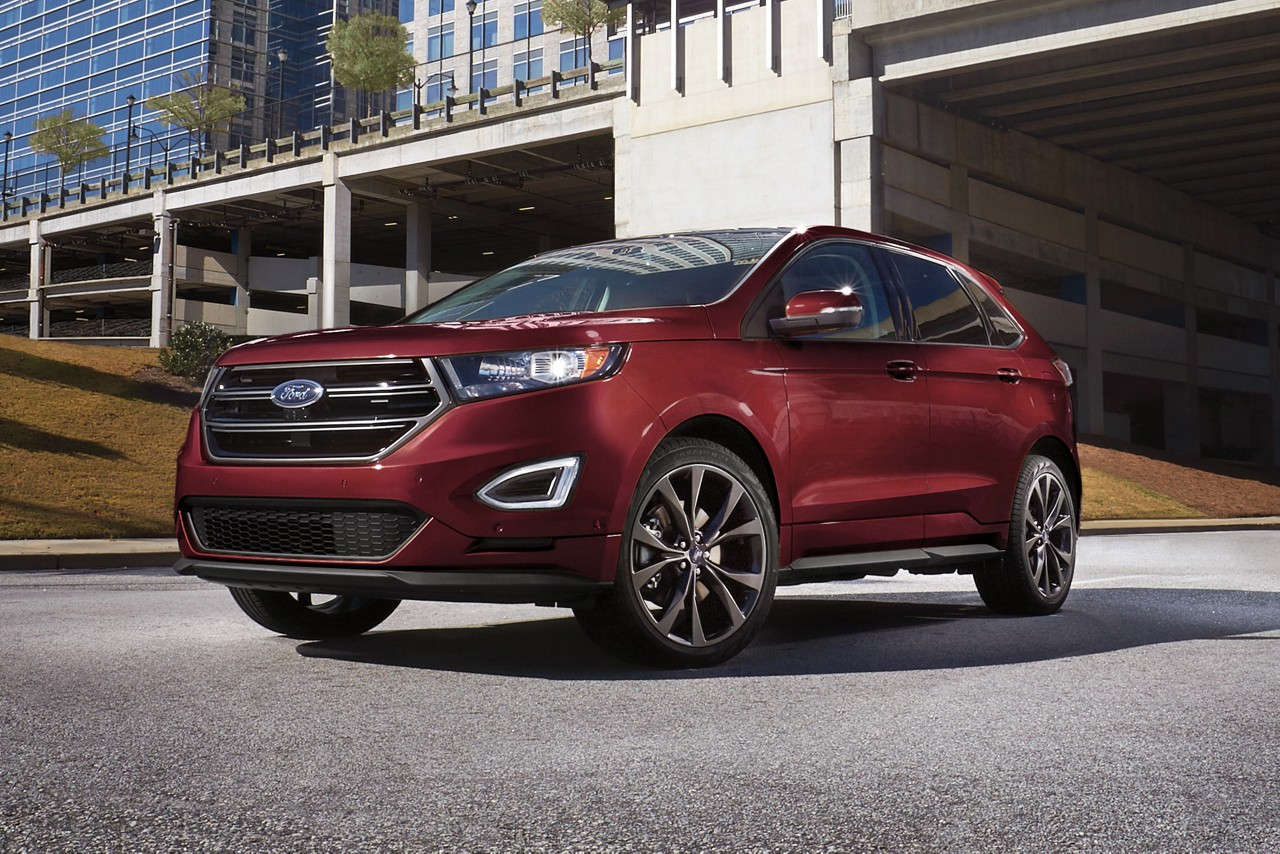 The Edge Titanium gets a softer suspension than the Sport but it is as low as its more expensive sibling. This allows it to still offer a good driving experience without compromising on comfort. As standard the car gets 19 inch rims while 20 inch rims are available as optional extras. Ford is also offering a bad-weather package which includes smaller 18 inch rims aimed at cold climates.

The design of 2018 Ford Edge Titanium

Unfortunately, the look of the 2018 Ford Edge Titanium didn’t change at all over its predecessor. The car looks mostly the same so it still has the same grille, headlights, tail lights and even color options. 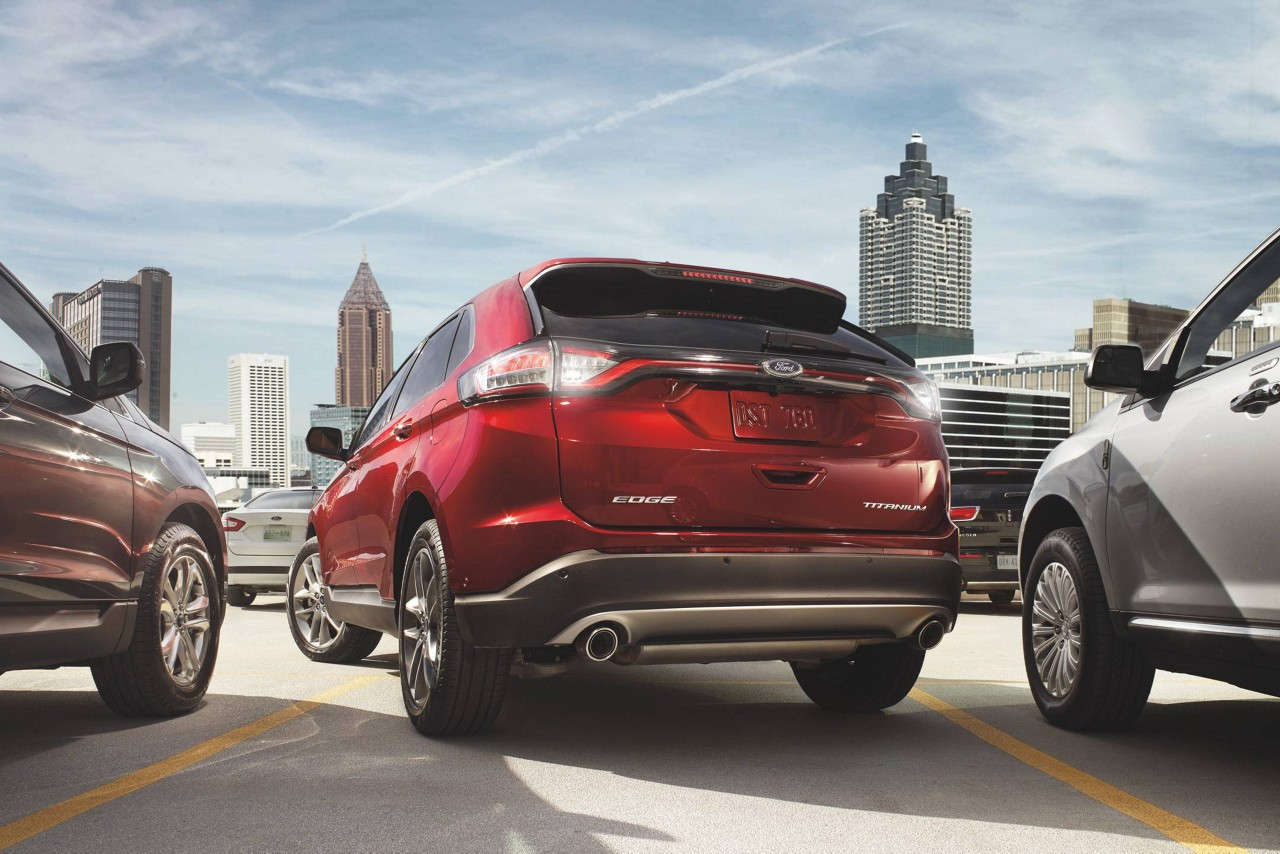 The great Sport Appearance Package that debuted on the SEL is not available either so the buyer will have to settle with the standard chrome inserts. Ford is offering, only as optional extras, Xenon headlights as well as a panoramic roof which is unavailable on the lesser models. We do hope LED headlights are going to be added in the near future though.

As standard the Titanium trim level comes with leather upholstery, wooden inserts on the dashboard and doors as well as 10-way power-seats in the front. A standard climate control system alongside Ford’s Sync3 infotainment system also come for no extra cost. Options include a heated and cooled set of front seats as well as heated rear seats.

There are two available engines for the 2018 Ford Edge Titanium. Both of these have been carried over from its predecessor which means the buyers won’t see any benefits for upgrading to the new car. The 2.0 liter turbo-four EcoBoost is offered as standard. With 245 horsepower and 275 lb-ft of torque this offers enough passing power for most. Its only drawback is the fuel consumption. While the EPA rates it quite good, the engine is not as efficient if the driver is not easy on the throttle. As an upgrade the buyer can get a 3.5 liter naturally aspirated V6 which is good for 280 horsepower and 250 lb-ft of torque. Even though it may be down on torque, this feels much better than the smaller EcoBoost mill. Both of them come mated to a 6 speed automatic which is neither the fastest or the smoothest transmission on the market. This drives the front wheels as standard with an optional all wheel drive system also being available. While the car is great on the road, and in rough climates, it doesn’t really offer any off-road capabilities as the AWD system uses no locking differentials. The old transmission is also not great but this will likely be addressed in a future update when Ford will replace it with their new 9 speed gearbox. 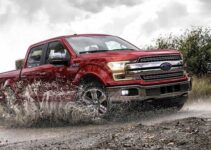 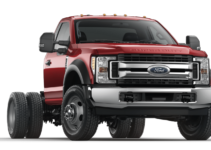 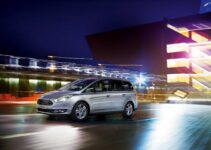